London, UK. 20th November, 2021. Metropolitan Police officers arrest a non-violent climate activist who had blocked a road at Vauxhall Cross in solidarity with the nine Insulate Britain campaigners jailed three days previously by a High Court judge. Over a hundred activists from groups including Extinction Rebellion and Insulate Britain, who claim that the jailed activists are political prisoners, blocked Lambeth Bridge for around 5 hours in breach of an injunction and Vauxhall Cross for around 3 hours. The Metropolitan Police made 124 arrests. 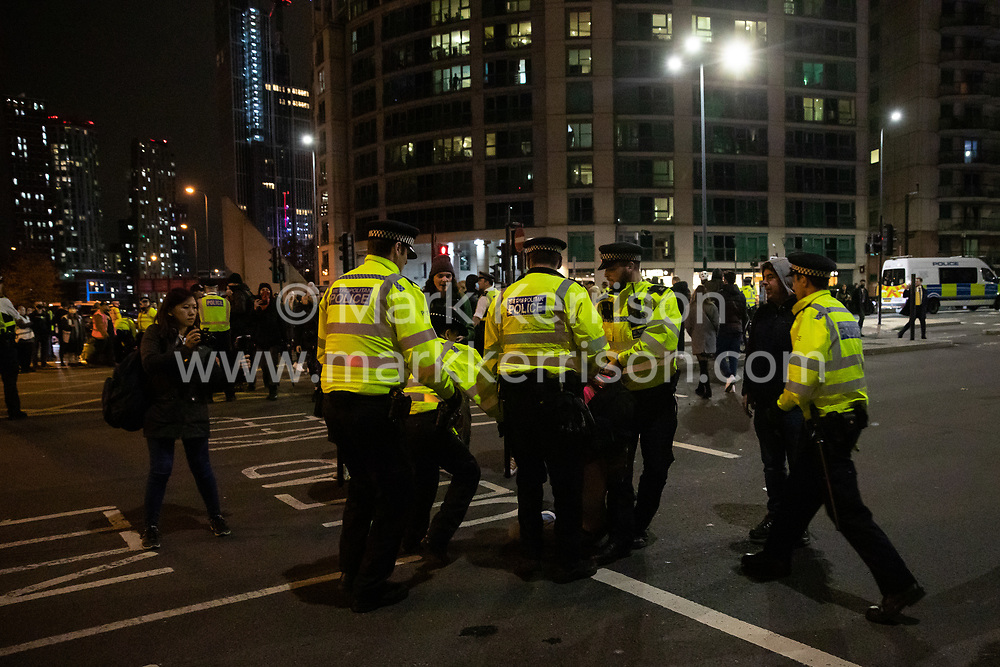