Climate Crime Scene tape is pictured on a Coca-Cola sign during a protest by climate activists from Extinction Rebellion outside the headquarters of Coca-Cola Europacific Partners plc on 15th December 2021 in London, United Kingdom. The activists, who collected Coca-Cola cans and plastic bottles from around Uxbridge and deposited them outside Coca-Cola's offices there, were protesting against the company's role as the world's biggest plastic polluter and some of its business practices. 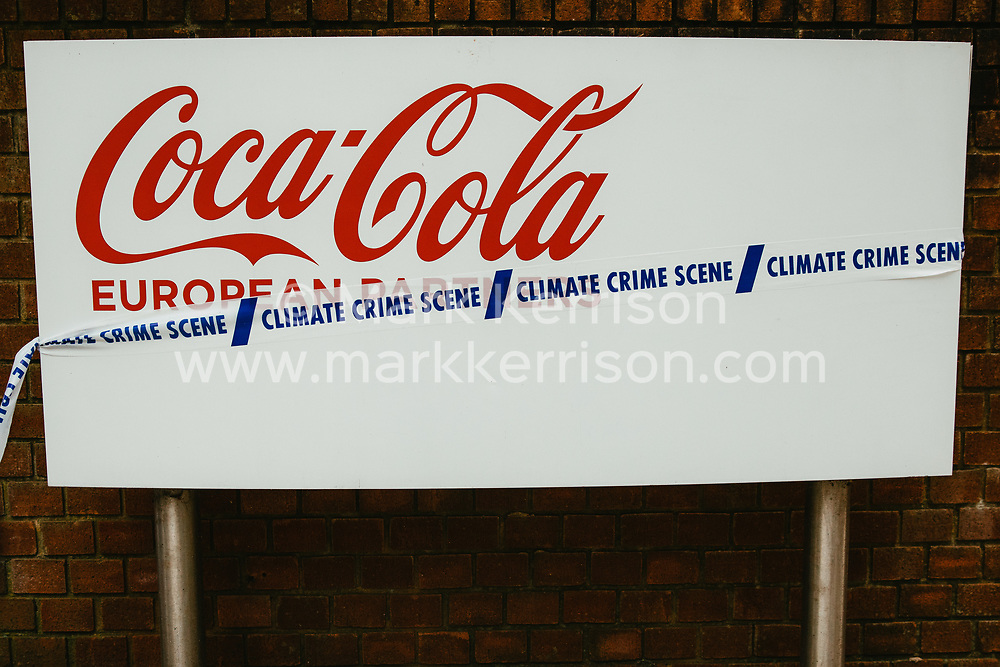